A SHORT HISTORY OF KINROSS SHOW 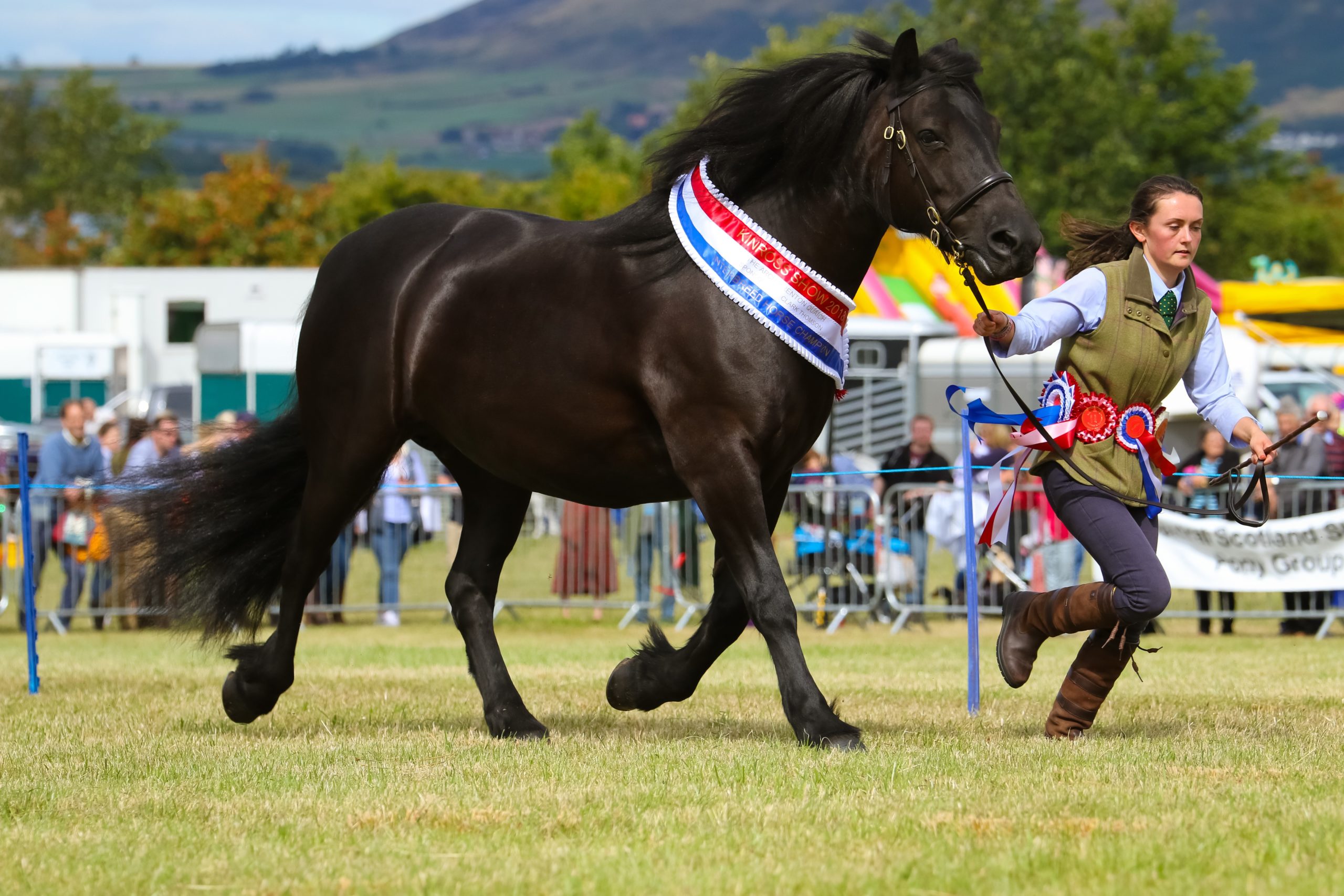 Kinross Show is held on the 2nd Saturday in August every year. It is a big event for the farming community and a great family day out for the local and surrounding communities.

Kinross Show is run by Kinross-shire Agricultural Society, which was formed and ran it’s first show in 1830. The main attraction at the time was working horses. Since then the event has taken place at a variety of locations in the area.  In the early years the show was held at the east side of Kinross House near Loch Leven. Kinross House is Scotland’s first wholly classical country house built in Palladian style in the 17th century. The estate had passed to the Montgomery family in 1819 but due to the fact that the Montgomery’s had their main seat at Stobo Castle the house wasn’t lived in for 80 years. The shows held during these years allowed the public to enter through the front door and walk straight through to the back door to the show field.

In 1902 Sir Basil Montgomery took up residence in Kinross House, he made it his life’s work to restore the house and recreate it’s formal gardens so the show moved. Thereafter the show was held behind the Muirs Hotel for several years, before moving to Tallapark.

The show moved again to the field on the corner of Lethangie Road, where the New high school is situated, by this time the show was a lot bigger with cattle, sheep, horses, pigs, poultry and rabbits.

There was no show during the two world wars.

The first show after the war was called “The Victory Show” and was held in 1946 at Turfhills on the first field on the right going to the Grouse & Claret at Turfhills.

Kinross Junior Agricultural Club was formed in 1946 and the young farmers organised stock-judging competitions at the show for the first time. From this time onwards the young farmers have become more involved with the show.

After three years Mr Henderson who owned Turfhills decided to take sand and gravel from the field and so the show had to move, he offered the show the field across the road where the service station is now, this field had been an army camp during the war and was ideal with hard roads and a large drill square it also had a huge canteen which was used for the SWRI (Scottish Women’s Rural Institute). After three years this field was sold to become a petrol station and restaurant.

Sir David Montgomery was asked if the show could be held in front of Kinross House, he agreed and the show returned to the grounds of Kinross House. This became its home for the next 64 years. The venue was popular with residents of the town as they could walk to the show field easily and the show grew and became a highlight of the summer for more and more locals and visitors.  As the show got bigger there was more entertainment added, Hercules the Bear, mini motorbikes, show, trapeze cyclists all delighted crowds in the eighties. New competitions were added to include children’s fancy dress, highland dancing, and a dog show.

Two years at Kinross House were cancelled because of Foot & Mouth Disease.

After the sale of Kinross House in 2012, the bouse became a luxury events venue and spa retreat, so it was time to look for a new site again. With few options now available near the town, the committee were delighted to agree a lease with RSPB Loch Leven on a field on the nature reserve, where it has been held ever since. Each year the committee run free busses to pick up visitors from Kinross and surrounding villages and the show remains a very popular day out for the community. In more recent years the Children’s Education Marquee and the entertainment area have been launched. The main ring has seen pig racing, sheep dog demonstrations, musical cars, gymkhana, and the young farmers always often entertain the crowds with a “stint in the ring”.

In 2019 the show was rained off due to extreme rainfall in the week prior to the event. The society also became a registered charity in this year.

In 2020 because of Covid-19 it was cancelled, but the committee are very hopeful the Kinross Show will go ahead in 2020.